Serenity is located central in the very south of Karigor. This is where the game begins.

To the south, Serenity borders on two maps of Jadame: Alvar (southwest) and Ironsand (southeast). These two maps are not part of the game. 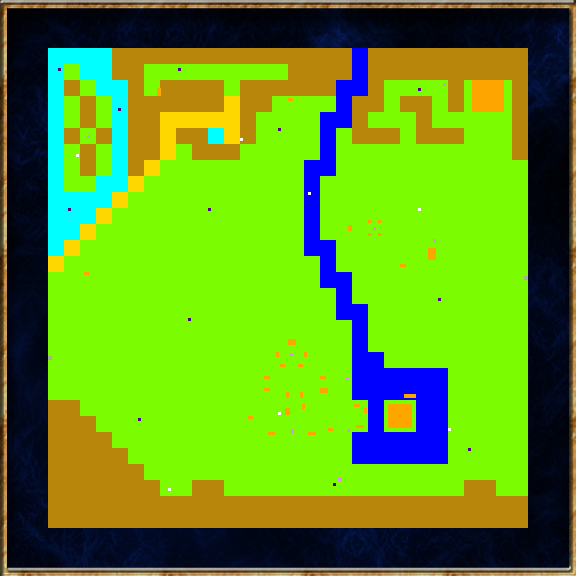 Every week, three coaches leave at the Chortling Ambler for Mt. Pilanteko (west): on Mondays, Wednesdays and Fridays. The trip takes 2 days. From there, the party can take a ride back on Tuesdays, Thursdays and Sundays (also 2 days), or another coach to S'Fauni (further west).

After winning the use of the St. Nicholas, the party can go to Soronne (northeast) over the river Ebony, and gain access to all of Karigor. The journey on the wild river takes 3 days.

Serenity has no docks. There are ships going north from Etanasfeld (east) and Goetia (far east), but not before the pirates have been dealt with in Soronne.

The above implies that during the opening stage of the game, the party is restricted to the five southern provinces, from west to east: S'Fauni, Mt. Pilanteko, Serenity, Etanasfeld, Goetia.