A weapon shop is a shop that trades all kinds of weapons, including musical instruments. Many towns in Karigor have one, and a few larger cities even have two. Weapon shops generally have two shelves: one for common articles, and one for special articles. They often specialize in one type of items. 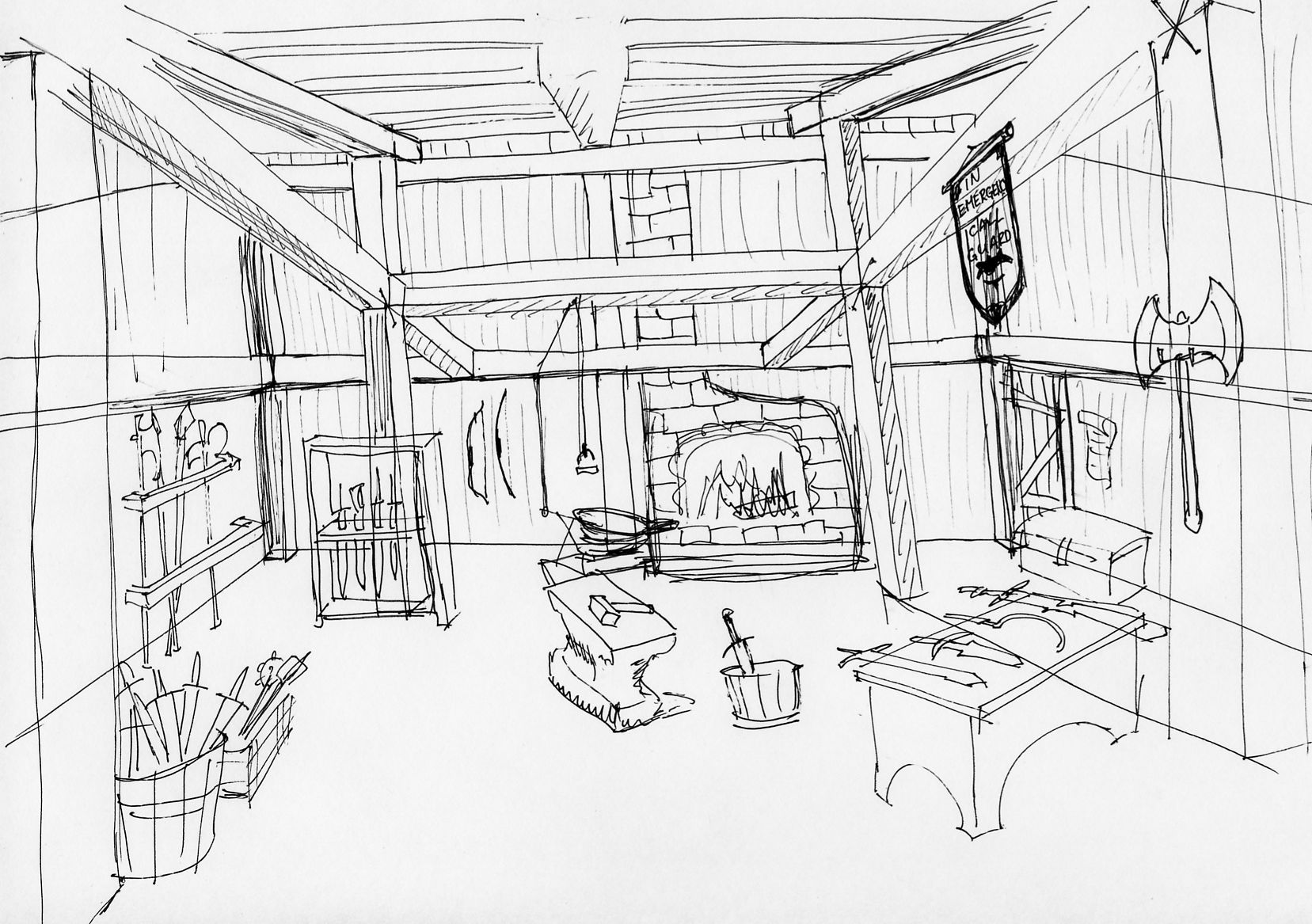 In the game, interior renders appear in .jpg format and measure 768 x 576. To create them in a larger size is ok. Citizens should not be included in the render. 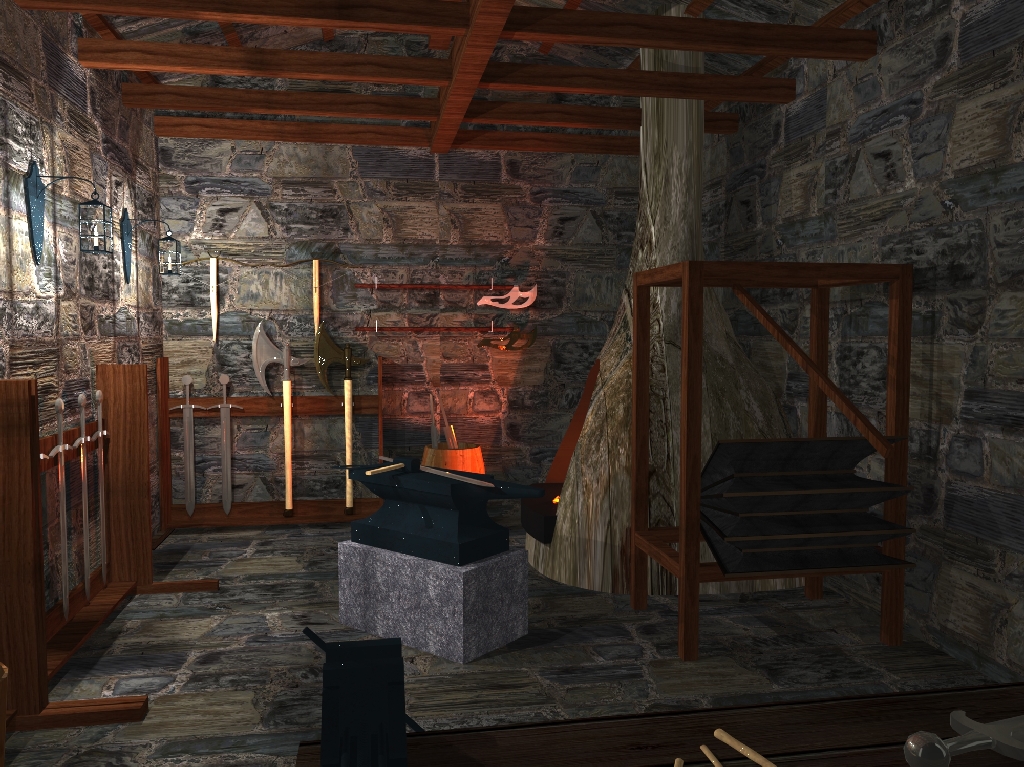 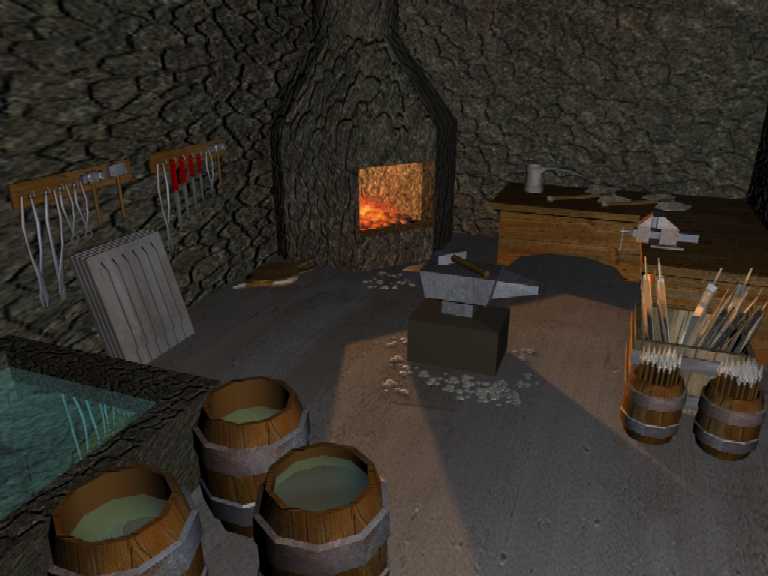