The Abandoned Temple, once the headquarters of the Church of the Stars, is located on the island in the basin east of Serenity village, where the game starts, in the province of Serenity. To get to this dungeon, walk east from the village, jump onto the island, and climb the stairs on the outside of the temple. The entrance is at the top.

The temple stores a number of Power Crystals. The party has to collect two of these for high seer August to power up the riverboat, the St. Nicholas, in order to begin their mission.

In addition, the temple is where young Morglin appears, who will be their cabin boy on the St. Nicholas.

The opposition level of the Abandoned Temple is 1 (levels range from 1 to 6, with 6 the hardest).

The boy does not fight.

The cave contains a fair amount of low-level treasure.

No floor plan was made for this dungeon.

The mural gives access to another dungeon, the Inner Sanctum, but only later in the game.

When the party descends from the entrance room, a trapdoor will close above their heads. They will need to find the underwater exit on the lowest floor. 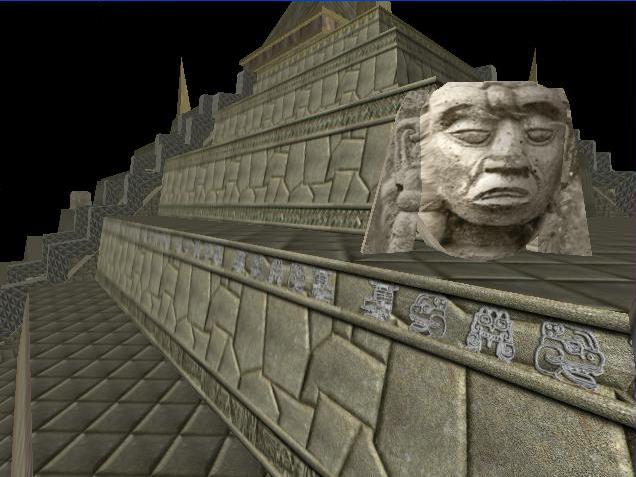 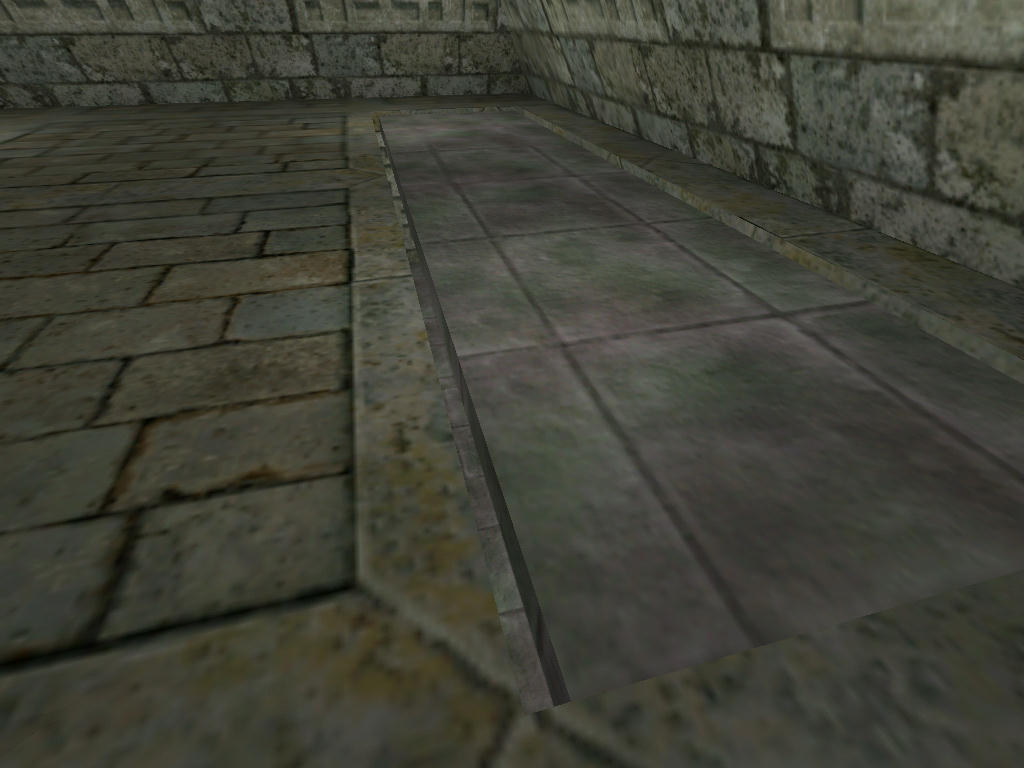 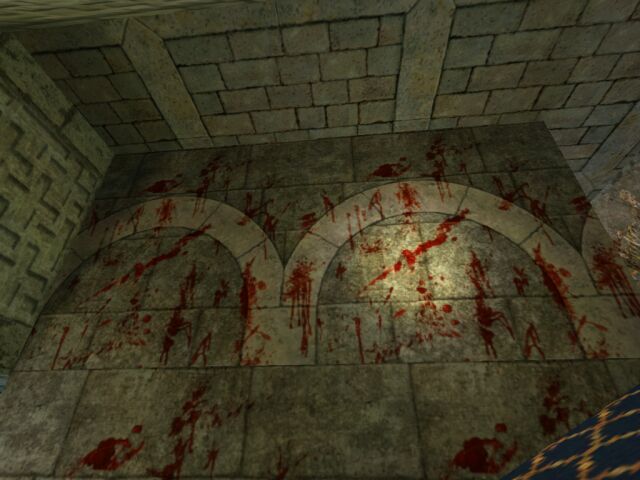 Markings on the wall, part of lost dungeon level by Baleminotu 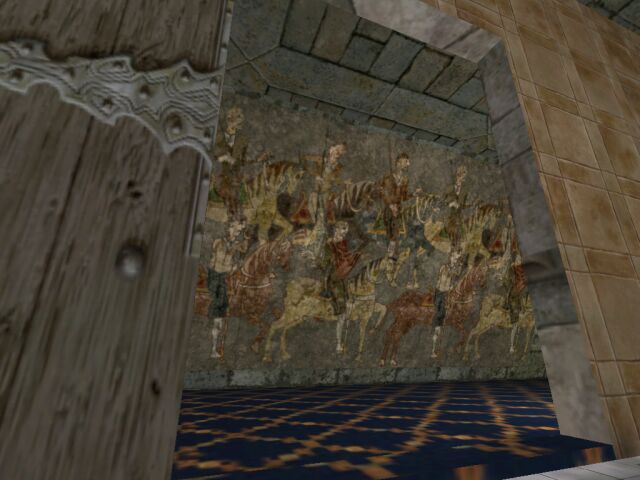 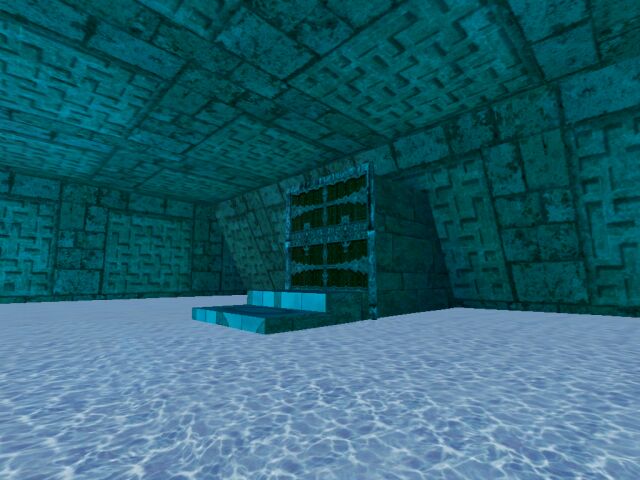