When the party asks the ruler of Semiramis, divine high priest Taledon X, to search the land for chapters of the Book of Ceth, they will be allowed to do so only if they perform a permission quest named The Raid. That entails an attack on the Moon Observatory, which belongs to the enemies of Taledon's Church of the Sun: the Church of the Moon.

In addition, the observatory contains a portal that, once activated at the destination, allows immediate access to the Necromancers' Guild in Nannaria.

The opposition level of the Moon Observatory is 3 (levels range from 1 to 6, with 6 the hardest).

Both will fight when the party attacks.

The observatory does not contain a lot of treasure. 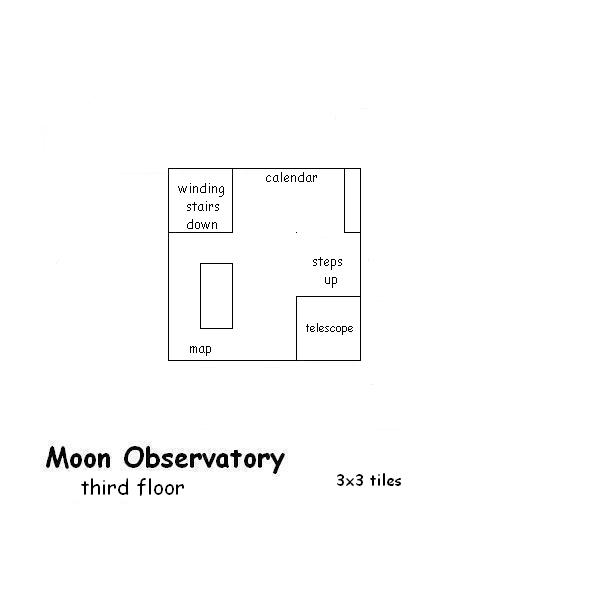 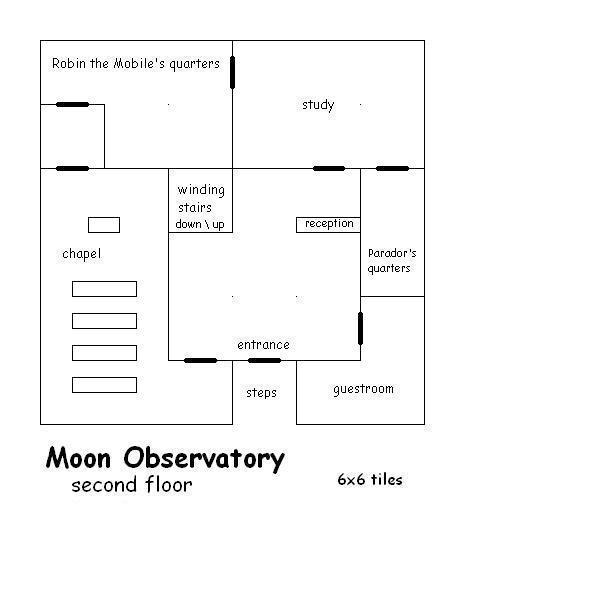 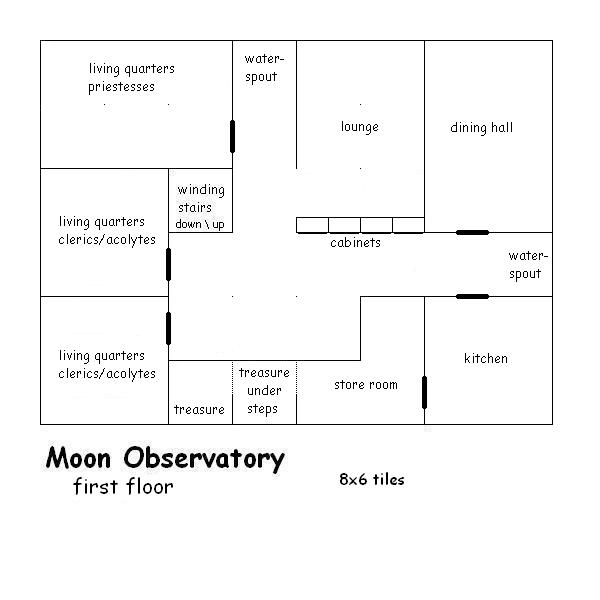 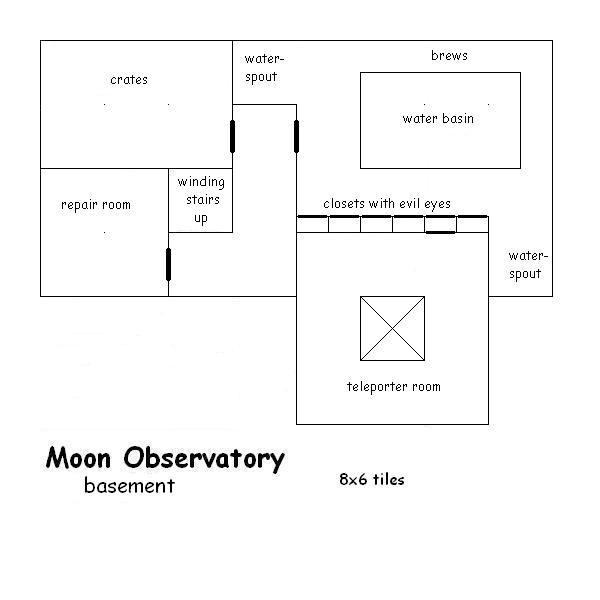 The waterspouts can be turned on and off. When the dungeon is entered, they are always on. The effects are as follows:

All closets that are to be locked will close their doors. 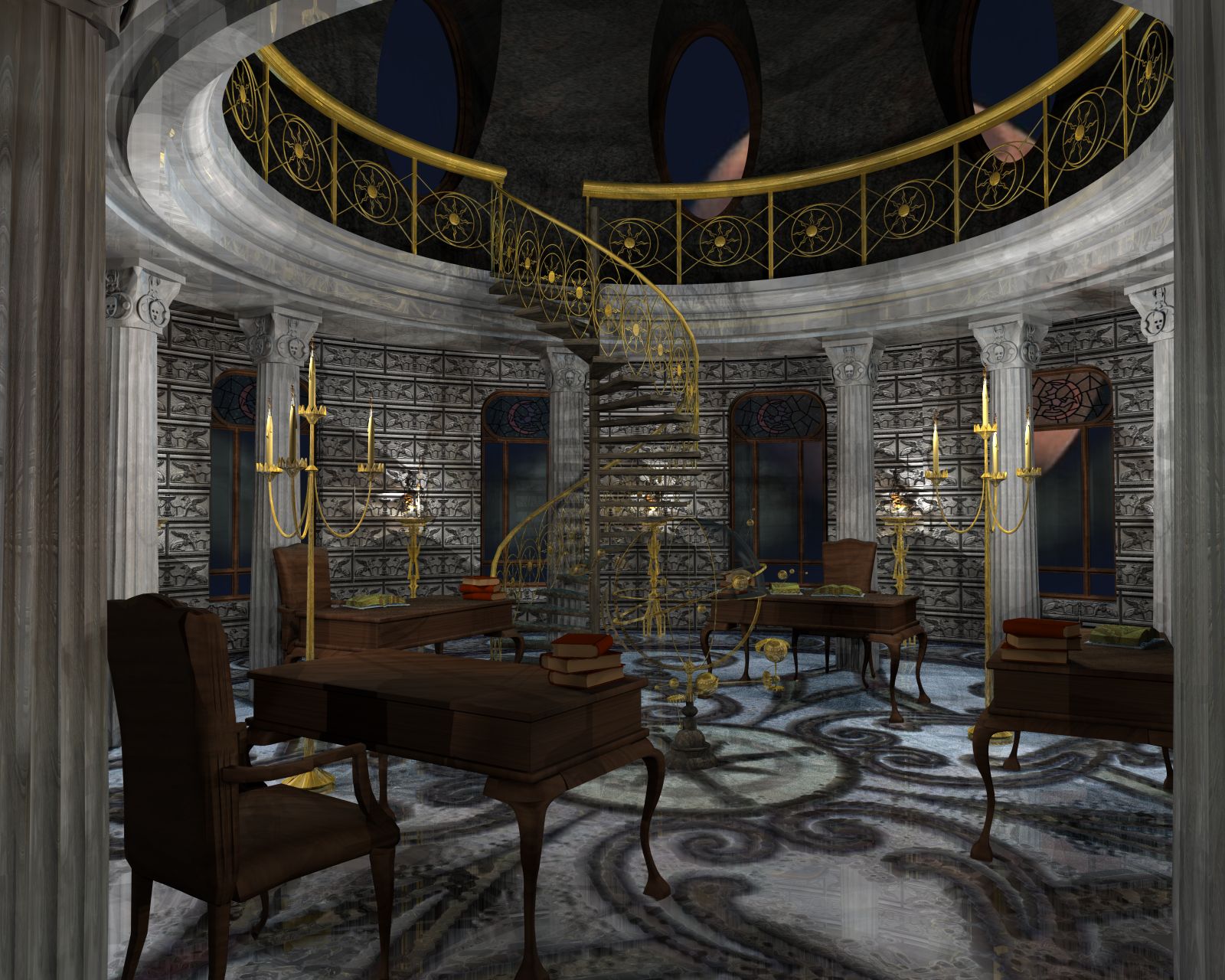 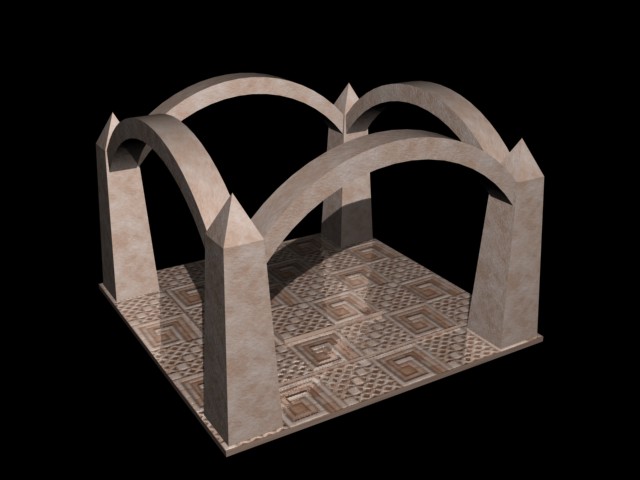