The Snake Pit is where Agents can earn their promotion to the class of Assassin. Promotor Christie Goldfinger, who lives in the vampire capital of (Masquerade), asks the candidate to find and assassinate a strange character named O.

O (first name: Dave) can be found hidden behind a wall. It helps that he is humming a lot. On the flipside, he is quite a killer himself.

The opposition level of the Snake Pit is 4 (levels range from 1 to 6, with 6 the hardest).

O will fight upon discovery.

The pit contains a fair amount of treasure, with some items lying on the dungeon floor. 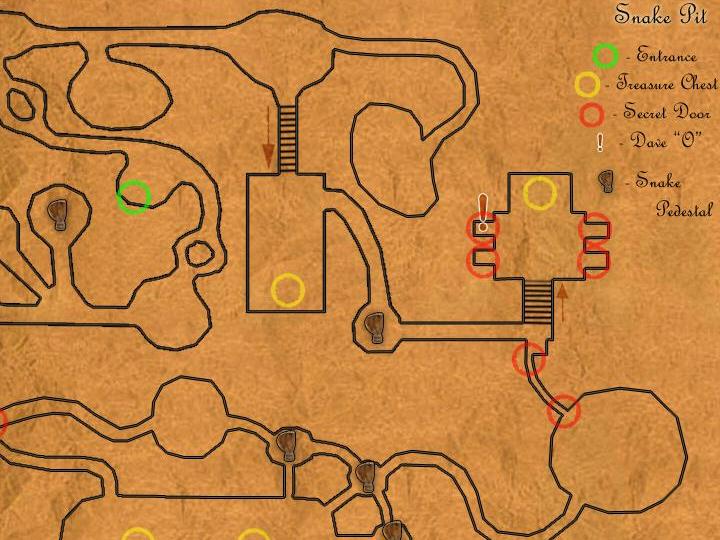 No images are available at this time.