The Sea of Mist is located far-east in the near-south of Karigor. Except for a few islands, its surface is entirely water.

The ocean (east and northeast) is not part of the game. 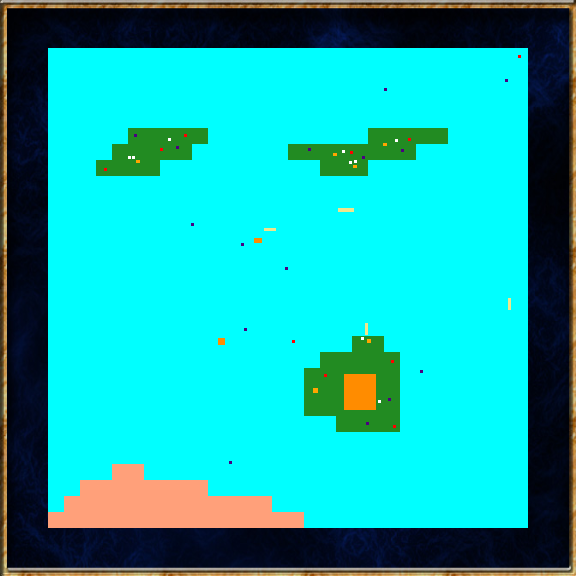 There are no communities. Several citizens can be found seafaring or at the Arena.

The Sea of Mist cannot be reached on foot.

No coach leaves from the Sea of Mist.

There are no boats available in the Sea of Mist.

On Tuesdays, a ship arrives at the Arena from the Ogre Docks in Soronne. It sails back on Thursdays. The trip takes two days in both directions. The party can also book an unscheduled ship at the Naval Base in Soronne to bring them to the location of the sunken city of Braem, again taking two days. However, no ships will sail onto the Sea of Mist until the pirates have been dealt with in Soronne.

The Sea of Mist has no Central Fountain. The nearest Town Portal destination is Soronne.