Dusk's Cave is located northwest of the Ogre town of Iotneheim in the province of Etanasfeld. This province lies immediately east of Serenity. To get to this dungeon, walk a short distance through the sand from Iotneheim to the hills. Dusk's Cave is the home of a sleeping giant.

The cave is involved in two different quests. First, the starting party must collect the Elemental Orb as part of the Test of Promise and Loyalty. To do so, they must get past the sleeping giant Kumbhakarma to the back of the cave. Later in the game, the cave plays a part in the promotion from Scholar to Runemaster, where the party goes back in time to put the Elemental Orb on its spot and the giant to sleep.

The giant will fight when awake.

The cave contains no treasure.

No floor plan was made for this dungeon.

To get to the Elemental Orb, the party must bring a shovel to dig a tunnel under the sleeping giant. 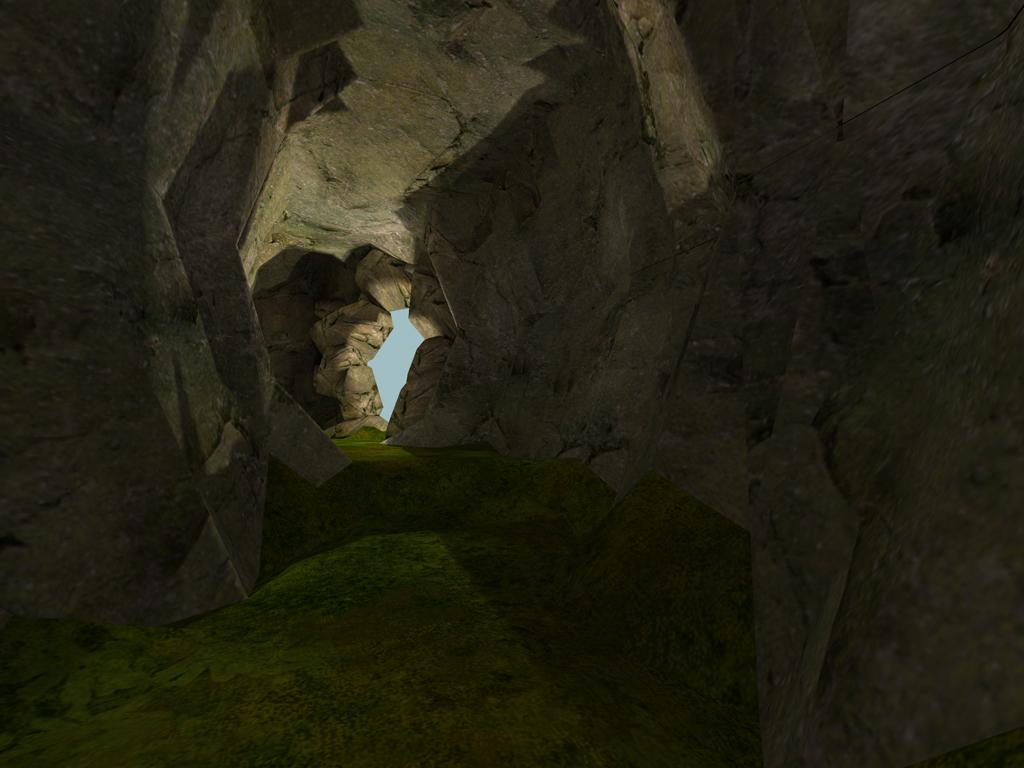 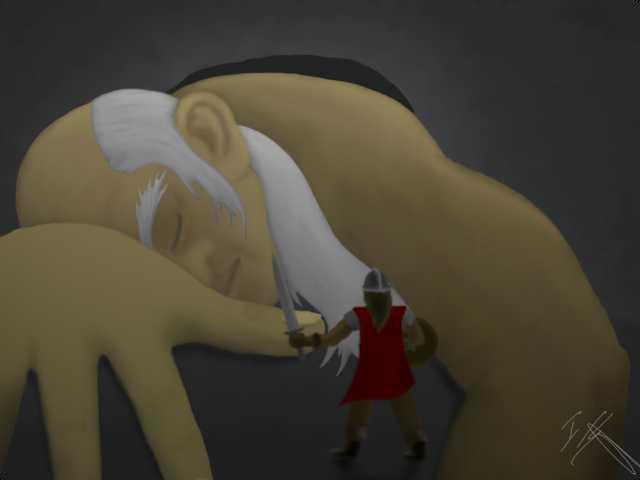